Author: Paul Pollock
The Pebble Beach Concours d'Elegance, held every August on the 18th fairway of the Pebble Beach Golf Links, is the world's premier classic car event. The cars make the Concours what it is and every year the available selection is nothing short of extraordinary. To enter a car at Pebble Beach it has to be invited and although many apply, only the best are chosen.

The Pebble Beach Concours d'Elegance*, or simply "Pebble" as it is sometimes known, is a culmination of a week of car events held on the Monterey peninsula. The other major event is the Rolex Monterey Motorsports Reunion, a vintage race held at nearby WeatherTech Raceway Laguna Seca. The gathering, sometimes collectively known as "Monterey" or "Car Weekend" has become an annual pilgrimage for the hard core car enthusiast. 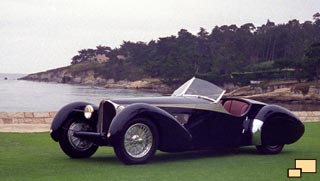 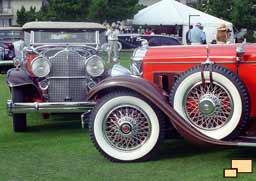 Some History
The first Pebble Beach Concours was held in 1950 in conjunction with a sports car race on nearby 17 mile drive. As was the practice of the day, protection for both spectators and driving participants was minimal and an accident in the 1956 race, resulting in the death of a Ferrari driver, put an end to the event. But the concours continued, with the competition located at the nearby Laguna Seca racetrack. By that time the car count was about 100 with 10,000 spectators in attendance.

Admission in the early days was free; in later years you were asked to give a one dollar charitable contribution upon entrance. The cars may be the same, but passing through the entry gate in 2022 will set you back $425. That may seem steep but you do get your moneys worth. While most classic car shows typically have one or three really drop-dead gorgeous pieces, every car at Pebble is nothing less than spectacular. It is better experienced than described. More info at the official ticket page. 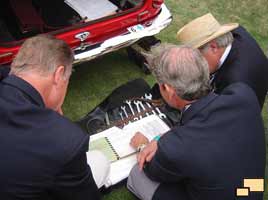 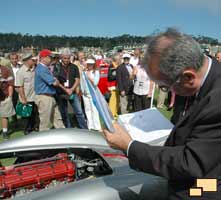 Judging the cars that are eligible for awards (not all are) is taken very seriously at the Pebble Beach Concours d'Elegance. Like the cars, only the most qualified are in the judges' driver seat. In addition to being experts in their given field, they also are equipped with extensive documentation about particular cars and ask probing questions of the owners. 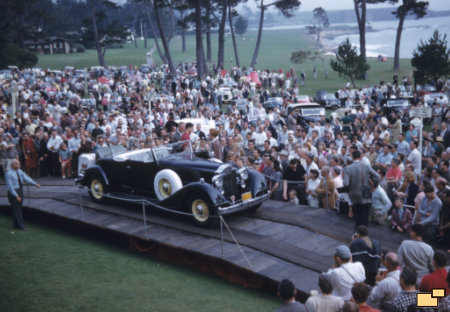 Above and Below: 1959 Pebble Beach Concours d'Elegance. In many ways it is the same event 60+ years later as the cars and the spirit are the same. The crowds and the layout has changed however. 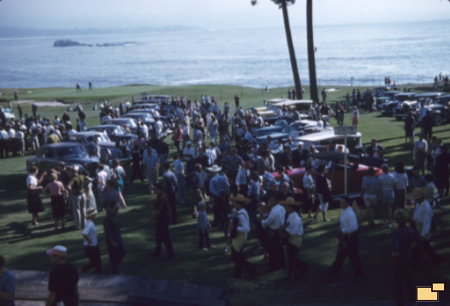 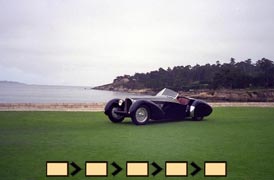 Note: Clicking on an image with this symbol (

) will lead to a larger image.